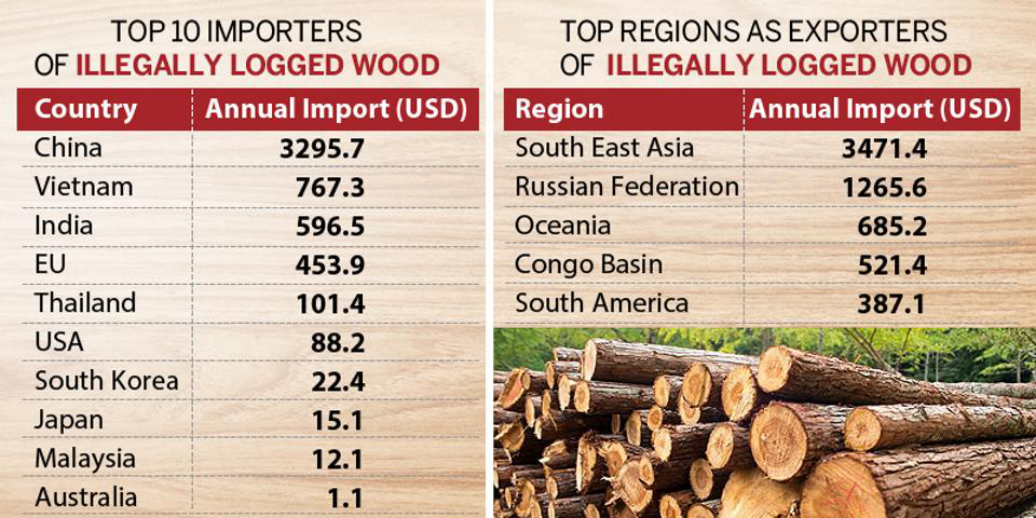 India’s annual imports of logs and wood products have increased from $500 million to $2.7 billion over the past decade (2004 to 2014).
However, since 2014 until date, the same has reduced drastically due to non availability of wood internationally. With the growing realisation of the increasing scarcity of timber as a resource, several of the largest timber producing countries have banned the raw export of timber. Stringent laws imposed by various countries on deforestation resulted in increased price and lower import of logs and the total imports reduced to $0.40 bn in 2016.
However, illegal import of logged timber flourished and India was 3rd largest importer of illegal logged wood in the world, shows a study by International Union of Forest Research Organisation.
The total import of illegal logged wood in India was Rs. 40 bn in 2016.
Over the next decade, India is expected to become the world’s next substantial wood fiber import market (second only to China). Due to the scarcity of domestic timber resources, log imports in India has significantly increased since 2006.
Restrictions on domestic harvesting from forests coupled with limited forest resources have limited supply, while expanding consumer and commercial interest in wood interior products and wooden furniture have increased.